Some dedicated stump grinders are over-complicated. Not the Toro STX-26. Its patented Toro TX-style control system has two simple levers that are simple to learn, master and use. Combine these easy-to-use controls with tracks and transport speeds exceeding 6.8 km/h, and you get maximum productivity. Wet, hilly terrain won’t stop you from accessing tough jobs year-round with an STX stump grinder.

The Intelli-Sweep™ feature automatically slows the sweep speed of the cutting head based on the load of the wheel, so heavy cutting loads won’t bog down the engine. The tracks travel easily over muddy areas, while the low centre of gravity adds side hill stability. In addition, the hydraulically driven head means no chance of expensive belts breaking or slipping, no tension adjustments – guaranteeing optimal performance time after time. 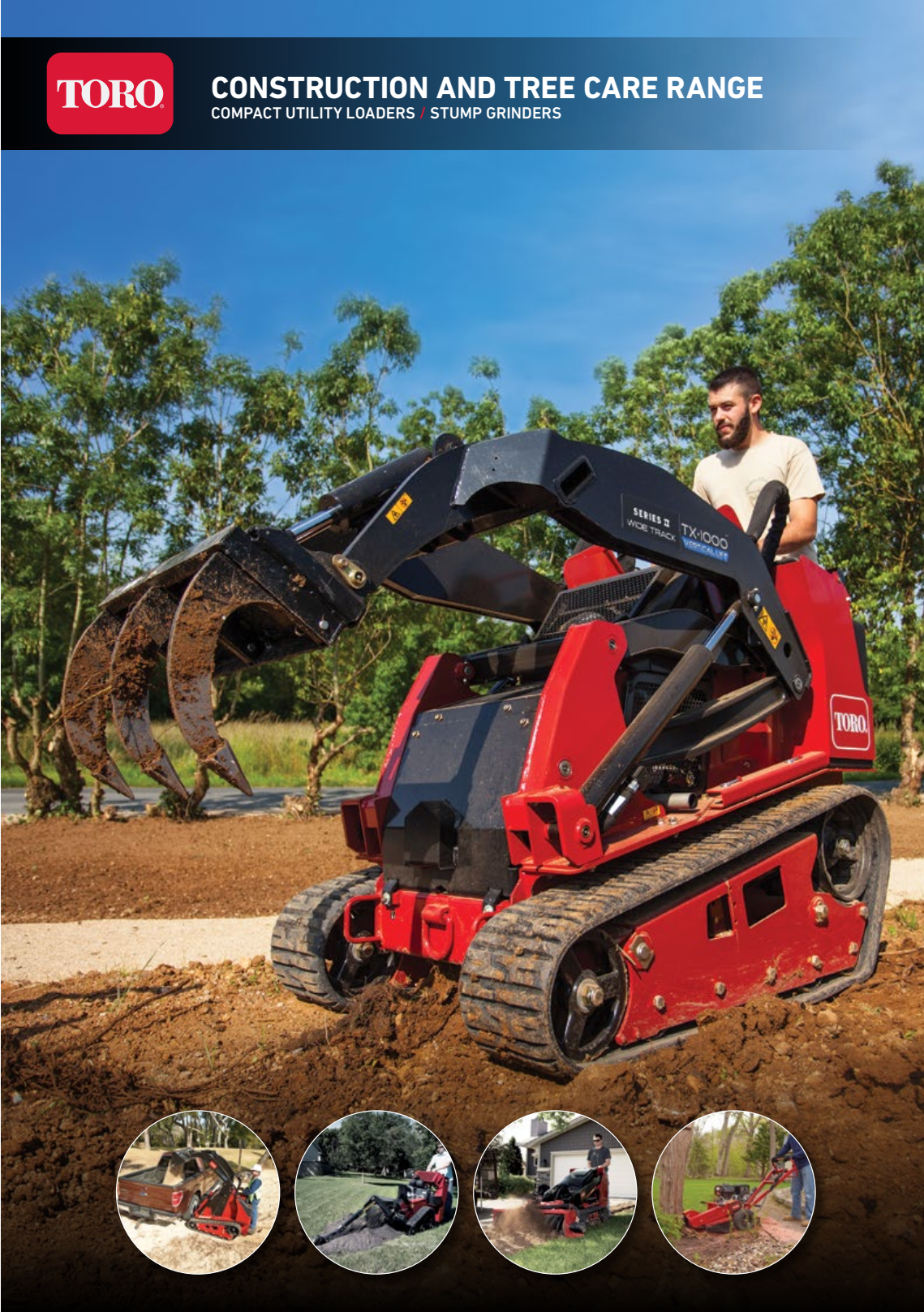 Cutter head Sweep speed is automatically controlled based on the load on the wheel to maintain optimal operation, without bogging down the machine.